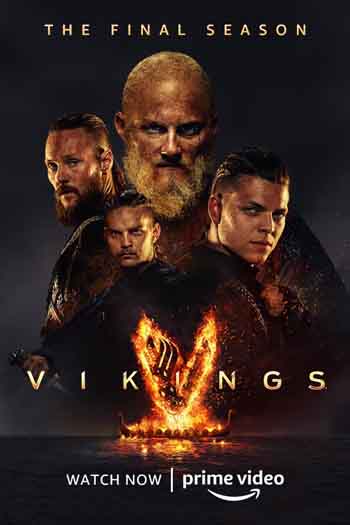 Stars: Katheryn Winnick ,Gustaf Skarsgård ,Alexander Ludwig
Story… Vikings transports us to the brutal and mysterious world of Ragnar Lothbrok, a Viking warrior and farmer who yearns to explore – and raid – the distant shores across the ocean.

Will watch the rest of season 5 in the hope that things turn around, but I loved this show the most when Ragnar was King The show is still good, but just doesn’t have the same spark it had when Ragnar and Rollo were key figures in the story. I’m puzzled about why Ragnar’s sons never took his body or his bones home for a proper Viking funeral to honor him, where was he buried if they didn’t? They went all the way to the place he apparently died, but there’s no mention of a grave?

Seasons 1-3 and the 2nd half of season 4 are the best this show has to offer. But the rest is easily forgetful I do not remember a single scene that moved me or stuck with me. Ragnar was what made this show great. Vikings is brutal and has some very dark and complex moments. First 3 seasons 10/10 season 4 7/10. Spinoff would have been better for the sons. Ragnar deserved better and Michael Hirst didn’t execute.