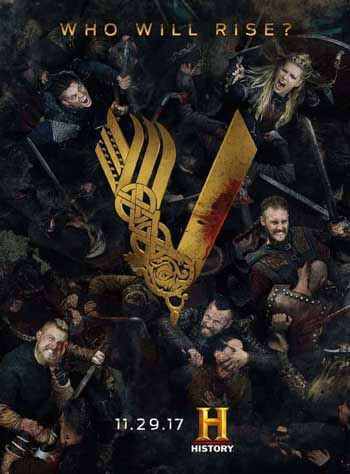 Story… Guided by Bishop Heahmund’s visions, the Saxons devise a battle plan. Ivar the Boneless strategizes on his own as the Vikings undergo increasing pressure. Bjorn Ironside finds himself in a new territory and must convince the local commander he is a trader and not a raider.

Half way through season 4 this show got as lost as floki is. Random sex scenes that take up what could be actually story time,plots that make no sense and random character choices that have no point or meaning..Stop trying to be trendy and be true to what Vikings originally was!

Double the pleasure double the fun. Two-hour Vikings premiere rocked. Ivar wins the gold for scariest new son of Ragnar… and then boils it and is now the stuff of my nightmares. Jonathan Rys Myers is a great new Viking opponent. Lagertha continues to rule though I don’t think she will for very long with Ivar and all the enemies around her. Excited for this series to be back in a big way. I missed Floki’s laugh.

Great to see vikings back again! This season start right where we left off, with Sigurds funeral being the starting scene. It was a great premiere with fantastic acting, the only confusing element was the huge gap between Alfreds actor in season 4 and 5. He looks much older now, it may have been a time-jump, but I can’t pinpoint where it occurred. I for one will not let that bother me. Ivar displays his strategic mind in this episode and I absolutely loved the torture scene with the priest, absolutely BRUTAL. Which is just how I imagine Ivar would’ve been like.