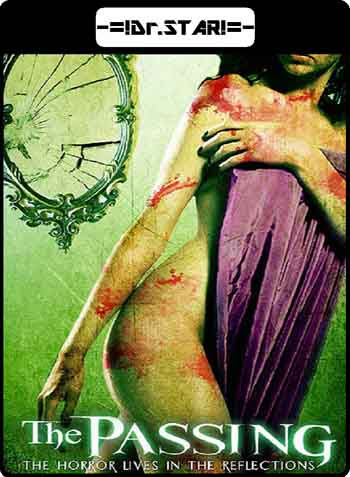 Story… The three Naibert children, in their teens and early twenties, inherit a vast estate from their grandmother Rebecca. But unknown to them, the family inheritance has passed from grandmother to granddaughter for centuries-and Rebecca has a long reach from the grave to assure that the line is unbroken. The first weekend in the mansion is a party for the three Naiberts and their friends-but one by one, they vanish without a trace.

Is death the punishment for violating Rebecca’s spell? Are the demons that beset the young people real-or only reflections of their own fear? Is it murder, violence from another dimension, or madness? The answer lives in the reflections.

I have to start out by saying for the horror movie, you have to look long and far to find the horror. There was nothing scary about this movie at all. Sure it had some great moments and built up a good atmosphere, but it never unfolded into something truly scary.

The story is about three Naibert youngsters who inherit an old estate from their recently deceased grandmother. Instructed, as per her will and testament, the three heirs must spend a weekend at the estate without adult supervision. But they invite some friends over to spend the weekend. But there is a terrible secret to the estate, and everything is not well at the estate.

As for the story, well it was actually entertaining enough, but again, it failed to really spook or scare. There were some great moments here and there, and the effects were actually quite good. There is even a small amount of blood and gore in the movie, just to make it more interesting. The mirror effects were quite good.

Personally I think that the director just brushed too lightly over Billy Naibert (played by Layton Matthews). Who was Billy really? And what drove him? We weren’t given much information about him, where he came from, why he was there, or even what was really wrong with him. Too bad that the director didn’t bother to take the effort to make Billy a bigger part of the story. It was as if he was just some filler to add something to make the story a bit more bizarre.