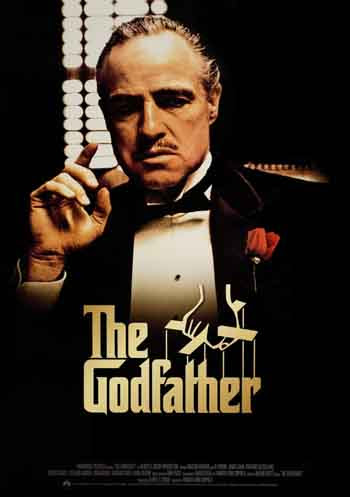 It is now past 1 PM and I just finished watching Francis Ford Coppola’s “The Godfather”. I should probably go to bed. It’s late and tomorrow I have to wake up a bit early. But not early enough to postpone writing these lines. Now that I have seen it three times, the opportunity of sharing my thoughts and refreshed insights are too much of a good offer to sit on. So, bear with me.

This film works so well because it takes place in an underworld in which we are so embedded that we do not even observe it. Coppola puts us straight in the smack-dab center of what is, admittedly, a society made by criminals for criminals. It is also the reason why it’s so welcoming. We are surrounded by its inhabitants–cold-blooded murderers, men who see crime like a 9 to 5 job masquerading as honorable men. And I do mean men. From the outside, we would only witness the horrifying, disturbing manifestations of their well-thought out actions.