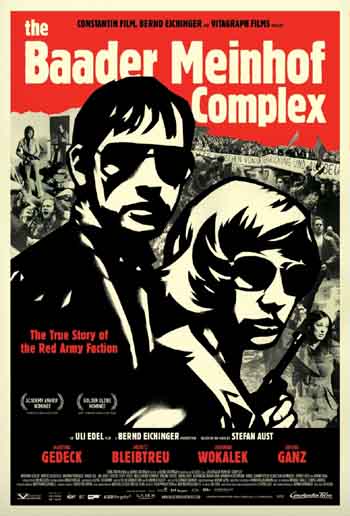 Story… A look at Germany’s terrorist group, The Red Army Faction (RAF), which organized bombings, robberies, kidnappings and assassinations in the late 1960s and ’70s.

This is a fact-based retelling of the exploits of the Red Army Fraction, a German terrorist group that was quite active during the late 1960s and the 1970s. It is non-stop action, which is not a good thing. Instead of a plot that builds, this one is little more than a rehash of what seems like every terrorist activity, small or large, ever undertaken by the group. The net effect is that it’s mind-numbingly tedious, particularly at a running time that feels like three hours. Although told from the point of view of the terrorists, their motivation is never clear. There are also too many characters, none of them likable or interesting.

The first 5 minutes were like Hong Kong in 2019. The riot police and plainclothes smashed the sticks in their hands to the civilians they should protect and support. They beat and arrested the civilians along the streets, manipulated and condoned the underworld personnel. Destroyed and planted it to civilians.