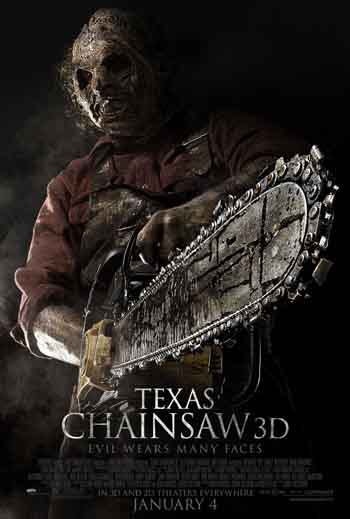 Story… A young woman travels to Texas to collect an inheritance; little does she know that an encounter with a chainsaw-wielding killer is part of the reward. 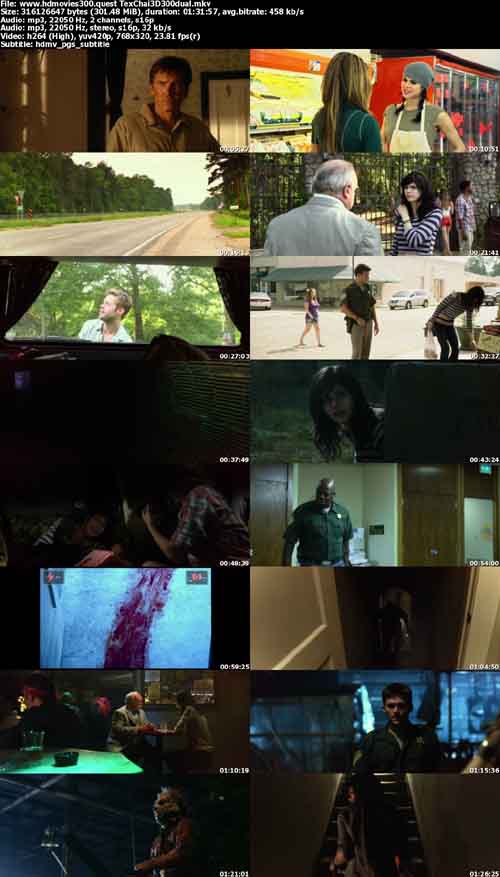 Texas Chainsaw is the latest movie in the long-running series and a film that aims to be a direct sequel to the Tobe Hooper original, pretty much discounting the various others that have come along since. To be honest, these movies have such a gruelling premise that it’s difficult to go wrong with them; a premise that screams horror and disturbing imagery all the way, so you’d have to be a really bad filmmaker to screw it up.

This film feels very much like a modern horror movie. It’s incredibly fast paced, with action going on all the while; a film filled to the brim with chase scenes, quick-fire dialogue and constant movement. It ups the gore quotient considerably, so that we’re subject to bodies being chainsawed in half and the like, while at the same time the genuinely disturbing atmosphere of the first film is long forgotten. It’s horrible, but not horrifying. There’s something cartoon-like about watching Leatherface on the rampage here.

Unfortunately, the story does take some very silly twists along the way, particularly towards the climax, and the ending is very poor. Not only does it feature a horrible bit of CGI effects work, it mixes up and muddles its morals and features some unbelievable behaviour on the part of the characters. I had the feeling things would turn out this way but it’s too abrupt and nonsensical compared to what’s come before, the tone is all wrong.