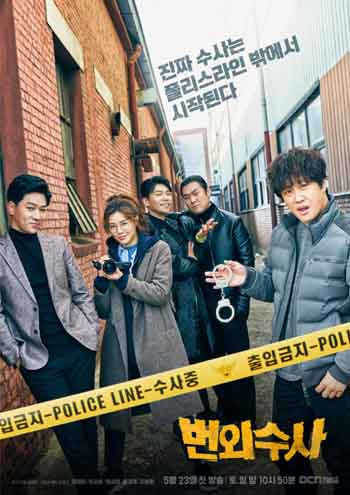 I love watching psychological crime shows like Criminal Minds, so I loved the psychological study here. There is no white or black in the world of Ten, and each member of the team has a dark spot in his or her past. They’re a bunch of misfits in a league far ahead of the others and who else would be better at solving those cases ordinary detectives wouldn’t be able to?

The cases themselves are incredibly smart and terrifying (the kind that leave you in awe and fear of the things that people are capable of), and really hard to see through. Sometimes the killer turns out to be the guy the camera focused on for only a few seconds–sometimes it’s the person who’s been there all along. You can never really guess, and I enjoyed that.

There’s a bit of social criticism hidden deep between the dialogue, not directly stated but makes your heart heavy with realization. Any writer who could achieve this kind of subtlety wins brownie points with me.

Overall, it’s a great show and I can’t wait to find out what happens in the second season after the huge cliffhanger they left us with.