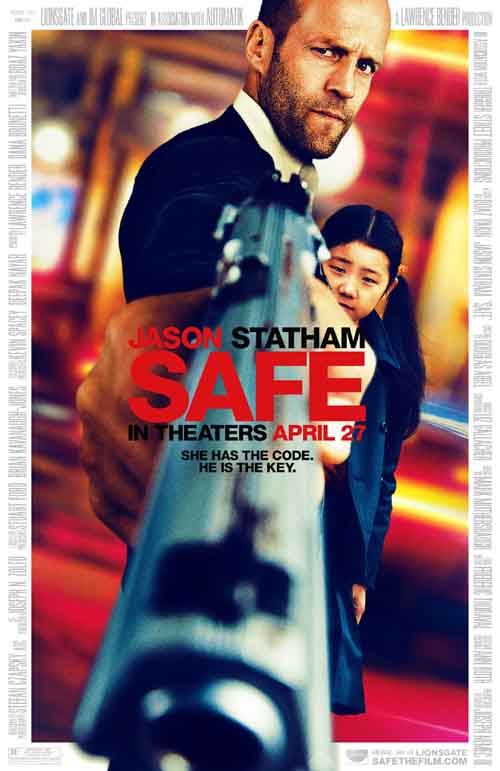 Story… Mei, a young girl whose memory holds a priceless numerical code, finds herself pursued by the Triads, the Russian mob, and corrupt NYC cops. Coming to her aid is an ex-cage fighter whose life was destroyed by the gangsters on Mei’s trail. 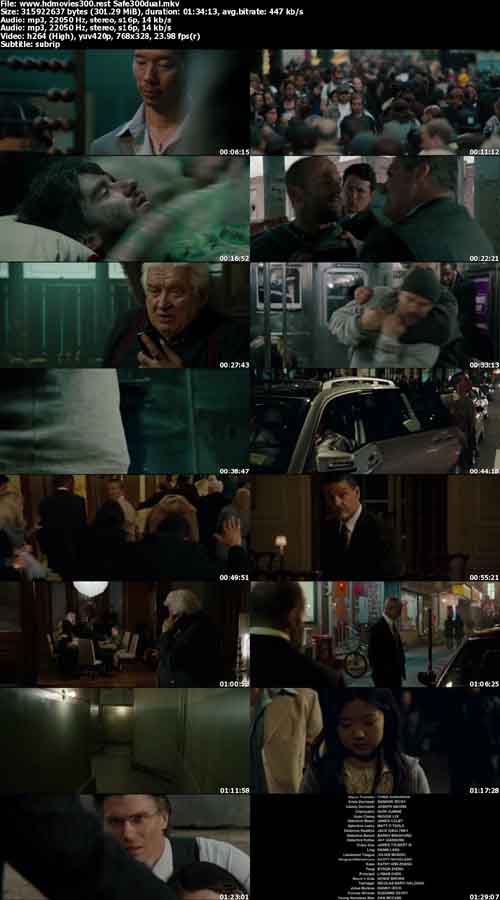 This film is the most fun I had at the theaters along with “Haywire” and The Hunger Games; films that have thrilled me while at the same time giving me food for thought. Safe doesn’t exactly fit the above criteria, but what it does is deliver a well-written action thriller with twists and turns in the plot to get any interested viewer bang for their buck.

Statham stars as Luke Wright, a down-on-his-luck cage fighter who gets caught up in a dangerous situation that leaves him with no will to live any longer. At first he appears to want to give it all up, but a chance encounter with girl with a secret gives him his second calling and he unwittingly becomes her guardian angel. But the two are entangled in a power struggle over the girl’s gift. Thus the ride has begun.