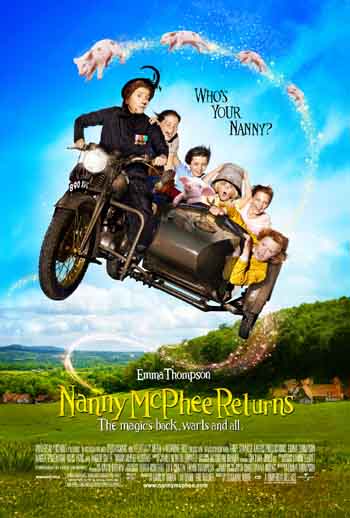 Story… Nanny McPhee arrives to help a harried young mother who is trying to run the family farm while her husband is away at war, though she uses her magic to teach the woman’s children and their two spoiled cousins five new lessons. 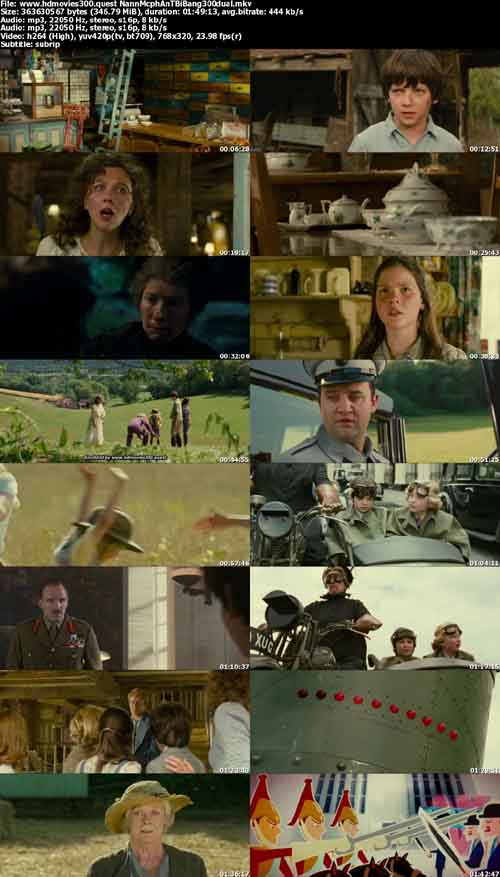 I really liked the first Nanny McPhee, so I was looking forward to Nanny McPhee and the Big Bang. And I enjoyed it greatly, comparing it to the first, they’re about the same score-wise but I prefer the first just slightly. The plot isn’t as fresh or quite as imaginative this time round I feel and the film could have been shorter, however the film never fails to be lively, colourful and entertaining which was everything I liked about the first movie.

The sets are colourful and gorgeous and captured very well by the luscious cinematography, while the music have a certain energy and liveliness to it. The film goes at a cracking pace as well, maybe they could have slowed it down a tad in one or two scenes, but that is minor really, the script is witty and funny, the message doesn’t overly-patronise and the direction is sprightly.

The performers do wonderfully. The kids are entertaining and don’t fall into the trap of being overly-precocious or annoying. Maggie Smith is a delight to watch, Ralph Fiennes is a welcome presence, Rhys Ifans is entertaining and Maggie Gyllahaal is wonderful with a controlled accent and mannerisms. Emma Thompson is the real delight, she does bring a lot of charm, fun and vigour into her title character.