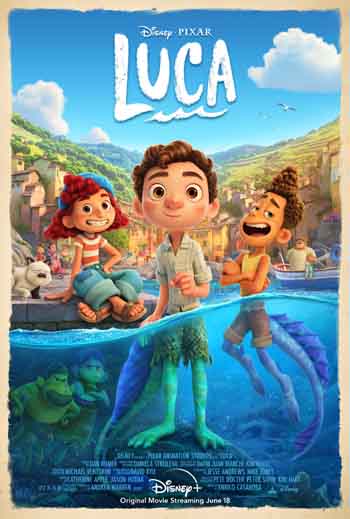 Set in Italy the movie focuses on a young sea monster named Luca(Tremblay) who meets a mysterious boy named Alberto(Dylan Grazer) from the dry surface. However when its revealed that Alberto is also a sea monster in disguise, Luca decides to step out of the water and venture onto dry land as a human boy. The two later become best friends and they meet a young girl named Giulia(Berman) who has no idea that the two boys are sea monsters. The question though is will their secret get exposed?

Overall I thought it was a nice film. The plot has been done to death as it reminds me of The Little Mermaid meets Splash as its a fish out of water film only the setting in this film Luca is in Italy instead of New York City or Denmark.