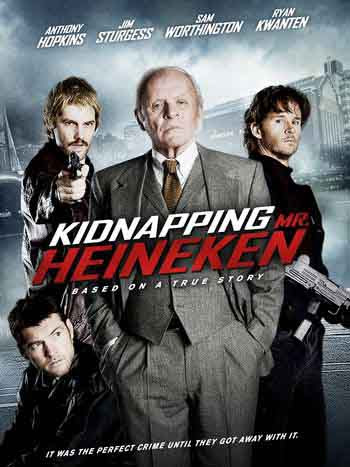 Story… The inside story of the planning, execution, rousing aftermath, and ultimate downfall of the kidnappers of beer tycoon Alfred “Freddy” Heineken in 1983, which resulted in the largest ransom ever paid for an individual. 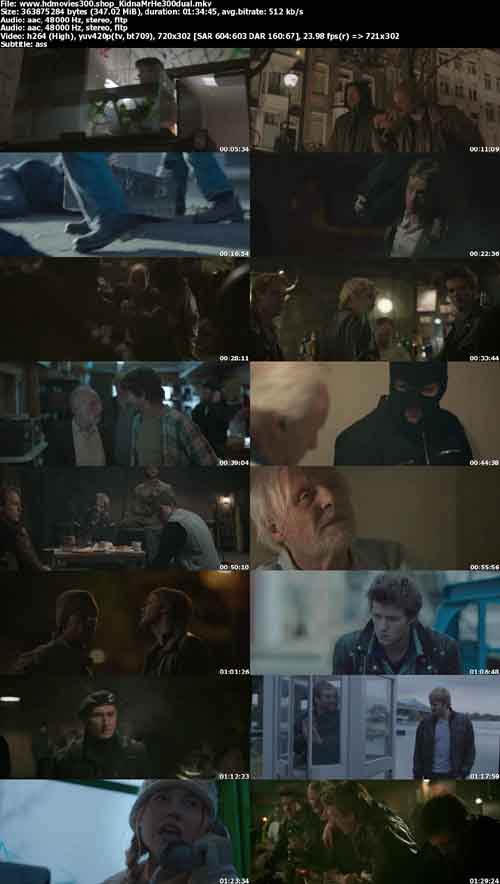 ‘Kidnapping Freddy Heineken’ is a story about a gang of Dutch crooks who decide that holding one of Holland’s wealthiest businessmen for ransom will be a fast-track to easy money. It’s hardly an inspiring premise, but the thing that makes it – slightly – better than the rest, is that it’s based on a true story.

If you check out the literature online about it, you’ll see that – surprise, surprise – liberties have been taken with the plot, but, from what I can gather, it is reasonably faithful – if you excuse the obvious parts which have been ‘Hollywooded up’ to speed the story up. The second plus point is Anthony Hopkins, who plays the titular millionaire. Always a good performance from ‘Sir Tony.’ Unfortunately, he’s not in it as much as most of us would probably like. The main story focuses on the criminals, half of which are pretty bland, although one is played by Sam Worthington and another does have a family who features prominently, fleshing out his character a bit more. You may have to wait about forty-five minutes before we meet Hopkins though.

The film does its best to get us to empathise with the criminals and, for the most part, it sort of succeeds. We can see that they’re the down-on-their-luck sorts who are only really after the money, but, at the end of the day, they are criminals, so – deep down – we’re pretty much waiting for them to get their comeuppance.