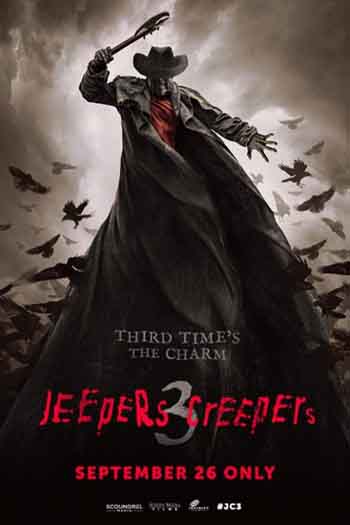 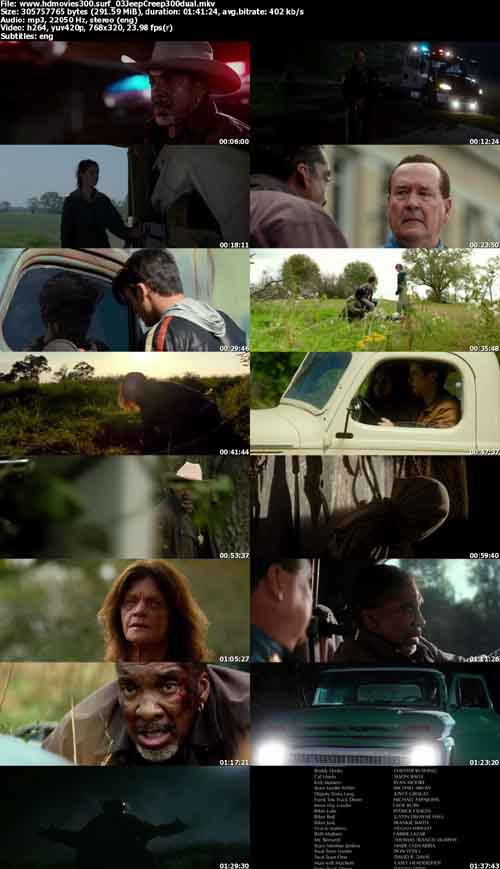 Normally with a movie like this that took so long getting and presumably had trouble securing financing, you’d expect the problem to be a restrictive budget. But actually “JC3” would have been better-and more like the earlier films-if it were smaller scaled and less costly. There’s too much action here, too many characters, all unconvincing and sometimes silly.

But what’s really inexplicable is that there’s way too much of the Creeper, who is no longer a seldom-seen figure of mystery but one seen WAY too often, in broad daylight, moving around like a regular guy albeit in some kind of Comic Con costume. He’s not scary this way. He’s just some dude in a mask. Nor is the hitherto teasingly doled-out mythology at all heightened by overly graphic FX views of him in flight, or so much dwelling on the armored truck he’s got that isn’t just a “death wagon,” it’s made out of indestructible stuff and has all kinds of lethal gizmos more appropriate to a “Phantasm” movie.

Lingering on a few characters in peril, with few and frightening glimpses of the Creeper, was clearly something that worked well for the prior installments. All that gets thrown out the window here, only lessening atmosphere and suspense. Victor Salva remains a technically proficient filmmaker (at least compared to most direct-to-video-level horror directors), and there are scattered things to like, notably giving Meg Foster a major role.

Having #3 bridge the narratives of #1 and #2 was at least an unexpected decision. The movie isn’t good, but at least it isn’t dull (something you can’t say about some of those later “Phantasms”). Getting an interview with Creeper actor Jonathan Breck, who appears a pleasant guy, provides a nice (if sole) bonus feature.