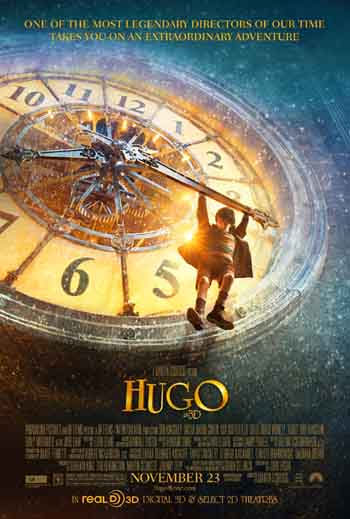 I watched this movie without any expectations and with an open mind. I thought it started off kind of slow but once you realise what the story is about, you really enjoy it. Having been a film student, I particularly liked where the story was going. I watched a great number of Georges Méliès movies during my studies.

Hugo has great cinematography and I loved the themes of insecurity and doubt and the idea that creative people sometimes need a push in the back from someone else in order to realise what they’re worth. Hugo is a very original story, although it does not always feel very coherent. I remember being left with a feeling that some questions were left unanswered and some details didn’t quite add up if you really thought about them.

Hugo had a Frenglish steam-punk feel to it that generally doesn’t really appeal to me but that often surprises me in a good way (a bit like the professor Layton games). I would certainly recommend this movie.