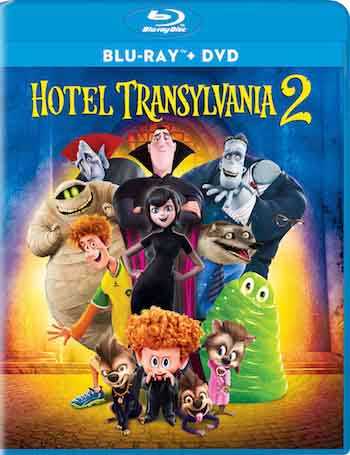 Movie Plot: Dracula and his friends try to bring out the monster in his half human, half vampire grandson in order to keep Mavis from leaving the hotel.

The first ‘Hotel Transylvania’ was surprisingly good, after expecting to dislike it. The sequel has garnered mixed reviews, though a fair few of them have been negative, some thought it was great fun while others disliked it intensely.

With me, my opinion is in the former camp. It is less than perfect, could have been much better and is inferior to the first film, but it was much better than expected and was quite enjoyable.

Starting with the many good points, the animation is great, vibrantly colourful, vivid, never blocky and meticulously detailed. The character designs, which this reviewer noticed were debits for some people for some people (a few of them deeming them as the ugliest of any animated film in the first, this reviewer personally has seen far worse), are improved here. The soundtrack is very catchy and fits very well.

Dialogue is witty and hilarious, avoiding going into distaste and immaturity. And the gags hit more than they miss, coming by thick and fast, the highlights being the enormous tears, the slow getaway and the alternative lullaby. Despite the message being slightly vague, it does give the film some heart and charm. There is also a surprisingly tender moment with Drac flying together with Mavis.