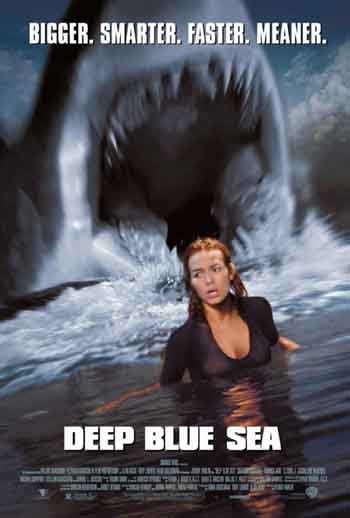 Story… Searching for a cure to Alzheimer’s disease, a group of scientists on an isolated research facility become the prey, as a trio of intelligent sharks fight back. 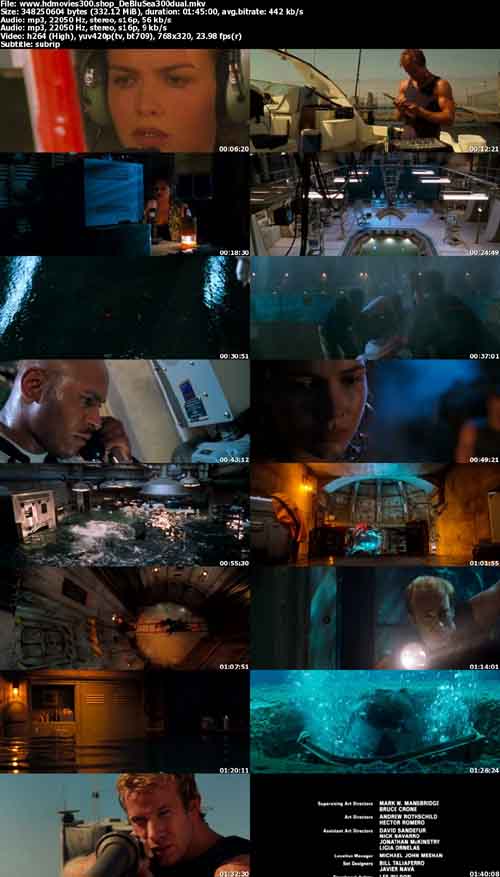 After the opening scene of *Deep Blue Sea*, in which (predictably) a shark terrorizes a quartet of partying teenagers on a boat, I decided I was in for a crappy movie. A crappy movie that would contain basically every movie AND horror movie cliche I could think of. I was right. And wrong.

I will say that the premise for this movie is great: super-intelligent sharks. Sharks are bad enough, but…smart sharks? Immediately you have terrifying possibilities running through your mind. The sad fact, though, is that this is one of those movies where the screenwriters (and I can’t believe it took three people to come up with this) threw some dice and picked which character was going to die next. That’s what the plot boils down to: things go wrong; someone dies. More things go wrong; someone else dies. And so on. People whom you couldn’t care less about die. People who you really don’t want to see die die.

The people are an interesting band of characters. The female scientist, pleasing to the eye and the ear (I’m a sucker for accents), is utterly consumed by her research. (And for all you testosterone-driven males, she does strip down to her underwear in one scene.) Samuel L. Jackson goes about saying his lines as president of a pharmaceutical company. I just love the way Michael Rapaport talks: he’s welcome in any movie. LL Cool J deftly provides the comic relief and was clearly the audience favorite. Sure, there are some other characters, but pretty much everyone’s one-dimensional, as expected.