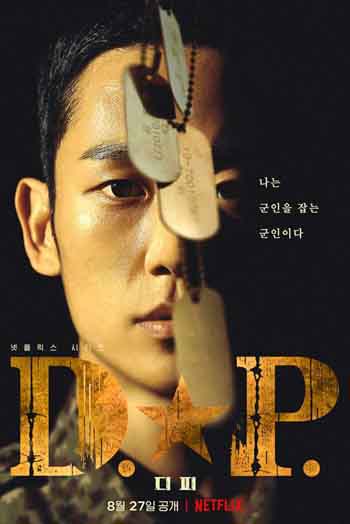 A new recruit is assigned to the DP who are responsible for bringing back soldiers who have gone AWOL. A well acted drama which looks at the the unfair treatment of soldiers of all ranks and how bullying can become systematic. Each episode deals with the causes of why the soldier deserted and the efforts to return him. In a country where conscription is compulsory it will hopefully make the people look at the vicious cycle of bullying from all ranks against ordinary people carrying out service.

Six episodes that talk about bullying and the consequences of it in the Korean Army, the kind of story that you won’t hear. It’s dark, it’s realistic and if there is truth to it, *smh* Good acting, great music and there’s some decent action as well. But it’s mostly a drama and if you like drama, I’d recommend this.

This drama far exceeded my expectations. Cinematography and direction are just exquisite. Every one of the actors gave it their best. OST is amazing. The story was well written and certainly important to tell. It does deal with graphic and brutal bullying including sexual assault. I can’t recommend it highly enough, thank you to everyone who worked hard to bring this gem to life.