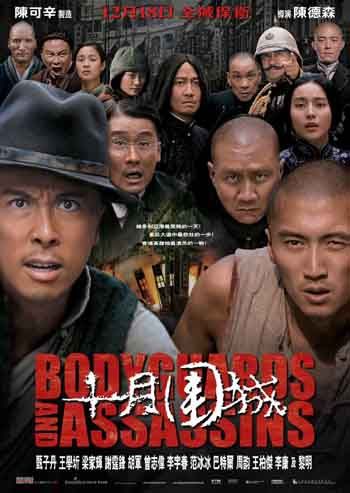 Story… In 1905, revolutionist Sun Yat-Sen visits Hong Kong to discuss plans with Tongmenghui members to overthrow the Qing dynasty. But when they find out that assassins have been sent to kill him, they assemble a group of protectors to prevent any attacks. 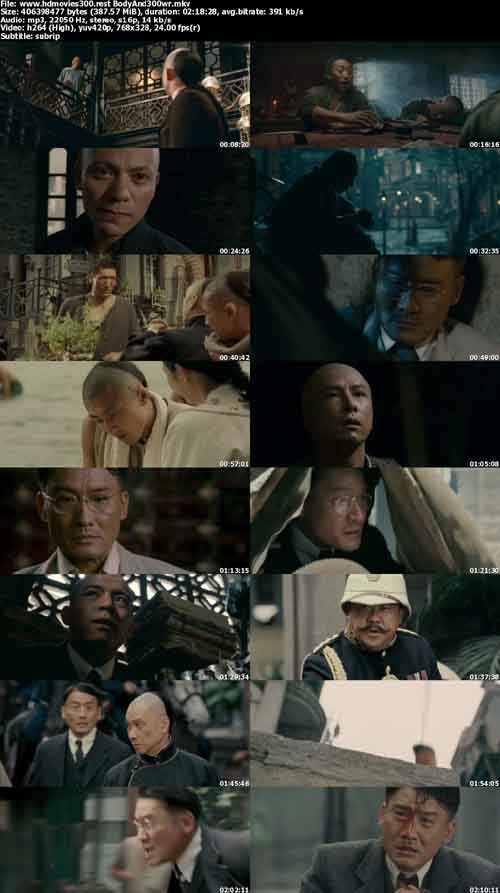 Now this is more like it! BODYGUARDS AND ASSASSINS is an expertly-crafted and detailed martial arts odyssey that comes close to the high quality of the two IP MAN films. It’s carefully made, intelligent and intriguing, and it tells a little-known story (outside of Asia, at least) in such a way that is both educational and entertaining. A difficult mix, to be sure, but one that really works here.

I’ll make no bones about it: this movie is slow paced and long, but it really rewards the viewer who allows himself to fully immerse in the cinematic world. The first half or so is the set-up, which is lengthy and detailed, with lots of supporting characters; the last hour really ups the ante in terms of on-screen action, running together a series of martial arts battles that just get better and better as we near the end.