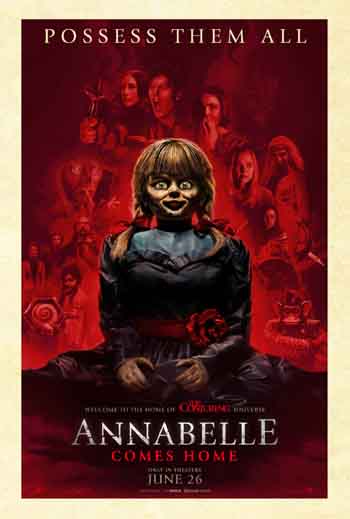 Story… While babysitting the daughter of Ed and Lorraine Warren, a teenager and her friend unknowingly awaken an evil spirit trapped in a doll. 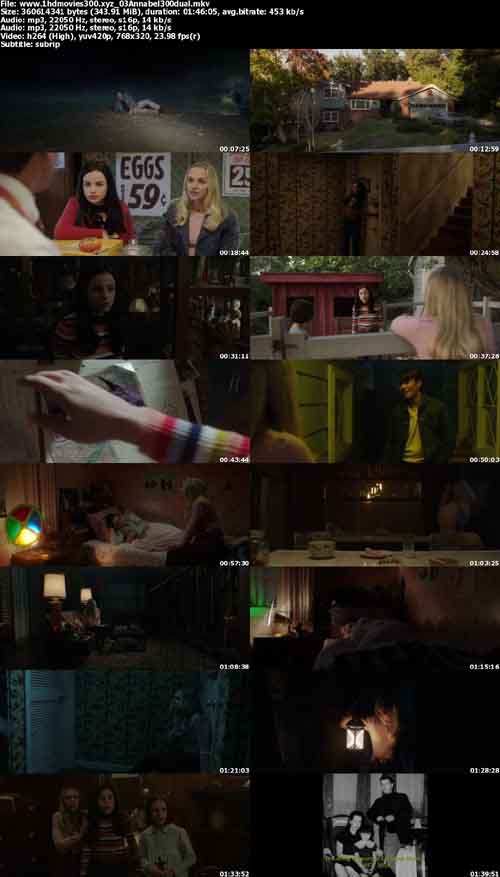 Although horror is not my favourite film genre, and have made that known more than once before in the past, there is still high appreciation for it. Although there are a fair share of average at best films or even clunkers (even when trying to take them for what they are or intend to be), there are also an equal fair share of good horror films as well as classics, which won’t be named in order to be fair.

Really enjoyed the two ‘The Conjuring’ films for the same reasons to each other, that they were well-made, well-crafted, suspenseful, entertaining and had genuine shocks. ‘Annabelle’ is inevitably compared to them, but to me it doesn’t compare favourably and could have been much better. Its prequel ‘Annabelle: Creation’, although far from perfect or great with some of the same mistakes being made, again to me fared better, though again not close to the quality of ‘The Conjuring’ films. ‘The Nun’ meanwhile was a mediocre disappointment. Put ‘Annabelle Comes Home’ in the middle and personally found it a difficult film to rate and review, though it will be easier for others.